Rabbi Abraham Saba (אברהם סבע) was born in Castilla, Spain in1440.  Like thousands of other Jews, at the time of the expulsion from Spain in 1492, he fled to Oporto, Portugal, hoping to live there under the noble King Joao the second. In 1496 the new King Manuel I (changing the Hebrew vocalization of his name, the Sephardim called this king "menuval", --מנואל--as per the famous qina which Moroccan Jews recite on Tish'a be-Ab: "yom me-ori hashakh begerush Castilla...").  King Manuel decreed that all Jews are considered di-facto Christians, therefore, from that momentany "new Christians" found practicing any jewish rite would be judged by the Inquisition (=tortured) and burned alive in an "auto de fe" to expiate for his or her sins. The worst part of these new edicts was that to assure that the parents will not teach Judaism in secret to their children, all Jewish children, especially infants, were taken by force from their homes and brought to convents to be raised as faithful Catholics.  This tragedy was also recorded in yom me-ori ילדים האומרים בכל יום שמע ישראל אמרו לעץ הקיצה ולאבן עורי.  Rabbi Abraham Saba's two sons were also taken from him....

It is said that looking for his sons and in an attempt to identify and try to save Jewish children, he disguised as a Christian peasant and visited numerous convents. In every convent he would recite out loud the Shema Israel. When hearing the voice of Rabbi Abraham, attracted by the familiar sweet melody of the Shema the Jewish children in the convent would come toward him and cry disconsolately.  He never found his children.

From Oporto he fled to Lisbon. There, he was caught by the Inquisition's guards trying to hide his Tora books and Tefillin. He was sent to prison. After six months confinement he escape to Fez (Morocco) where he lived, in illness and suffering, for ten years.

Most of Rabbi Saba books were lost or burned in Portugal. In Fez, however, he recommitted to paper from memory the following works

Besides Hanukka, today we also celebrate Rosh Hodesh Tebet. Our prayers are longer than usual for a weekday.  Today, same as yesterday, we say ya'ale veyabo and 'al haNisim in the 'amida and in Birkat haMazon.  In the morning we read the full Hallel and we took out two Sifre Tora. On the first one we read the Rosh Hodesh portion and in the second Sefer Tora we read the text corresponding to the 7th day of Hanukka. We also said Musaf for Rosh Hodesh, including 'al haNisim.

Additionally, tonight in Tefilat 'arbit we will switch frombarekhenu to barekh 'alenu. In other words, we will begin asking God for rain.

In Israel Jews start praying for rain two weeks after Shemini Atseret, on the evening of the seventh day of Heshvan.

The Jews who lived in the Babylonian diaspora did not need the rain so early in the year. The Rabbis established then that Babylonian Jews should begin praying for rain on the 60th day of the season of Tishri, or the Hebrew autumn.

The Hebrew calendar also has four seasons called tequfot(in singular: tequfa). The Rabbis gave an easy round number for determining the beginning of each Hebrew calendar season.  A season consists of  91 days 7 hours and 30 minutes. This makes each year exactly 365 days and 6 hours long, about 11 minutes longer than the actual astronomical calculation of a solar year.

Today, Jews who live outside of Israel, follow the ancient practice of the Jews of Babylonia. Therefore, it has become tradition for Jews who live in the Diaspora to start asking for rain in their prayers as the Babylonian Jews did.

Based on this calculation, this year 2013, we will switch to Barekh 'alenu --the prayer for rain-- tonight, December 4th, in our 'arbit prayer.

"Is the US changing sides in the regional conflict between Iran and its enemies?"


By JONATHAN SPYER, from Jpost

During the eight days of Hanukka we read the Tora in the morning.  Now,  what Biblical text was chosen by the Rabbis to be read on Hanukka and why?

Let me first explain the question. On every Jewish Holiday we read in the Tora a portion corresponding to the story of that specific Holiday. During the eight days of Pesah, for example, we read eight Tora portions alluding to the Exodus from Egypt, the Mitsvot of Pesah, the Pesah sacrifice, etc.  But the events of Hanukka happened around the year 160 BCE and were not recorded in the Tanakh (Hebrew Bible). The Rabbis, therefore, had to find a Biblical text to be read that somehow would be related to Hanukka.

Our Rabbis chose the section of Naso in the book of Numbers ("In the desert" chapter 7), dealing with the inaugural offerings of the tribal leaders at the time of the dedication of the mizbeah (=the altar of the Tabernacle).

1. Hanukka means "inauguration" or "dedication". In Hanukka we celebrate that once the Greeks were defeated the Jews re-dedicated the altar of the Temple--which was defiled by pagan offerings-- to HaShem. The Parasha we read is about the dedication of the mizbeah of the Tabernacle, our first Temple.  This seems to be the original reason for reading Perashat Naso.  But there is more to this story.

2. In the dessert, the Tabernacle was completed on the 25 of Kislev. Coincidently, this is the same day we celebrate Hanukka.

3. On the last day of Hanukka, we read the paragraph dealing with the lighting of the Menora, which remind us of the miracle of the oil in the times of Hanukka.

4. The book Me'am Lo'ez brings an additional reason. If you pay close attention to the offerings related in Perashat Naso, you will see that the tribe of Levi did not participate of the dedication of the altar. During Hanukka the Hashmonayim--Cohanim descendants of the tribe of Levi-- were the ones who recovered and rededicated the altar. 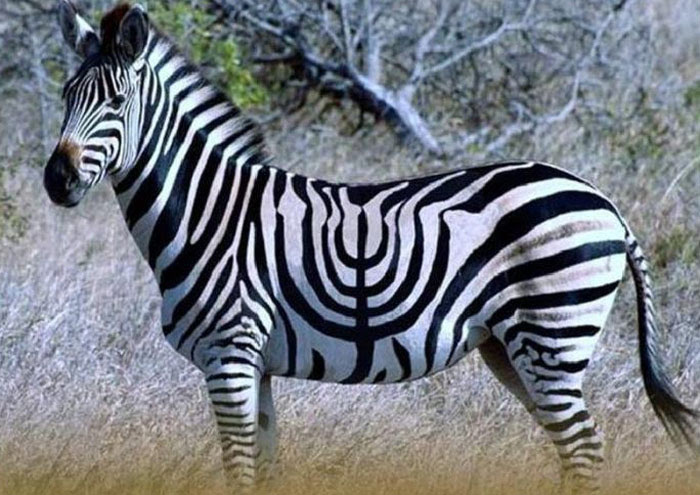 Email ThisBlogThis!Share to TwitterShare to FacebookShare to Pinterest
Labels: Hanuka 2013

There are no major differences between the Sephardic and the Ashkenazi traditions for the celebration of Hanukka, just a few minor variations.

Some of them are:

2. In the Ashkenazi Minhag, the auxiliary candle (shamash) is lit first and with it one lights the rest of the candles.  The Sephardic Minhag is to light all the candles first, with a regular match or candle, and the shamash is lit at the end. In this last case, the shamash acts as an auxiliary candle not for being used to light with it the other candles but for avoiding benefiting from the light of the Hanukka candles.

3. Playing with the dreidel, spinner or sebibon is an Ashkenazi custom that Sephardim never practiced.  Same as Hanukka Gelt (money or gifts to the children).
4. In Sephardic communities it is customary to light only one Hanukkia per family. In Ashkenazi communities the custom is to light one Hanukkia for each member of the family. Following the Ashkenazi tradition, for example, a student who lives in his own apartment would light his or her own Hanukkia with Berakha (even if he is still depending on his parents). Incidentally, this is also the case regarding Shabbat candles: while according to the Sephardic tradition only the mother lights Shabbat candles, following the Ashkenazi tradition the daughters would light their own candles, saying Berakha for it.